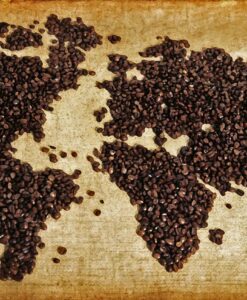 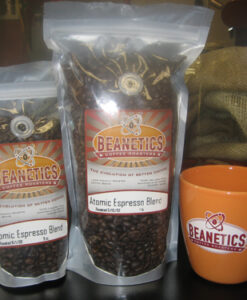 The notion that matter was comprised of Atoms began as philosophical statements in the 5th century BC by the ancient Greeks, who coined the term atomos, meaning “uncuttable.” But, that great society was simply not known for its coffee, and hence disappeared. If you need a coffee that you cannot cut with your spoon, this is your coffee. This blend combines various compounds of coffees that when dissolved in water as a regular or espresso coffee accents a rich smooth taste. But be careful, atoms are known to move quickly, as fast as 1100 mph. So don’t get hurt by drinking this potion that is truly the building blocks of matter.